I don't mean conspiracy theories from the fringe lunatics (although those are persistent... and also mythical... )

I mean myths or ideas promoted by the authorities, experts, and people who we expect to know better or know things based on facts.

Apparently, some of their opinions are based on what they WANT to happen, or think SHOULD happen, rather than what can realistically happen. Or perhaps even what they need to happen POLITICALLY.

He has been a fugitive almost half his life - 46 when he fled.

Why did he turn himself in after all these years?

#10 He wanted to meet Amos Yee personally, before he dies.

#7 The SEA Games closing ceremony made him nostalgic for Singapore

#6 Didn't you hear? MERS has arrived in Thailand!

#5 His Thai mistress left him.

#3 He found out his Thai "wife" was having an affair with Yaw Shin Leong.

And the number one reason he turned himself in and came back to Singapore:


He wants his CPF money back!

Email ThisBlogThis!Share to TwitterShare to FacebookShare to Pinterest
Labels: Nothing Serious, People, Politics

The Grand Unified Theory of Singapore (GUTS) today
and what We need to move to SG 2.0

Part 3: How to Get Singaporeans to take more Risk

Part 2, considered what Singaporeans want. Or need rather. And why we are so kiasu. And why Meritocracy leads one to the Just World Belief, and why that leads to justifying inequality.

In Part 3, we ask, "How to get a Singaporean to take more risk?"  You may also want to read "The Third Freedom". which ends with the same question.


My Dental Surgeon - A cautionary tale?

The only certainty in life is uncertainty. Disasters, natural or unnatural, domestic or global can strike at any time and affect everyone, good or bad, smart or not, deserving or undeserving. Perhaps there is a role for government to provide a social safety net not because people are lazy "takers", but simply because misfortune strikes us all.

My dentist (or dental surgeon), who's in his sixties, had heart surgery a few years ago, recovered, but found that he had to carry on with his practice in order to pay off his hospital bills. Yes, he did choose to go to a private hospital, but it struck me that this was a doctor of dentistry (or whatever is the official qualification of a dental surgeon is), running his own business, presumably making a lot of money (or not. His rates were rather reasonable. Low even), but who still have difficulties when a medical or health crisis struck.

Singapore has been criticised for not having "Freedom". Specifically, Freedom of Speech/Expression, Freedom of the Press, and maybe freedom to chew gum.

This was, in turn, critiqued for conflating Freedom (or civil liberties) with Security (the Freedoms Cheng argued that Singaporeans have).

Previously I have argued that the first Freedoms, a.k.a. civil liberties are instrumental freedoms. They are a means to an end. They are intended to support the democratic process to ensure good government (this is a hope, a theory, not a guarantee)

Which is probably enough for most of us.

Nothing is Impossible (On Freedom of Expression Part 3)

I think it is incredibly sad that when it comes to Freedom of Expression, nothing is impossible.

But I an getting ahead of myself.

Especially if the Freedom is also free from Responsibility.

You may have heard this wry observation about raising children: we spend 18 month encouraging them to stand up, walk, run, and speak. And then the next 18 years telling them to shut up, sit down and stop running around.

And the reason simply is this: Having the ability is one thing. Using the ability responsibly is the next thing. As Spiderman's uncle told him: "With Great Power comes Great utility bills".

Or maybe it was "Responsibility".

Email ThisBlogThis!Share to TwitterShare to FacebookShare to Pinterest
Labels: Thoughts out loud, Values 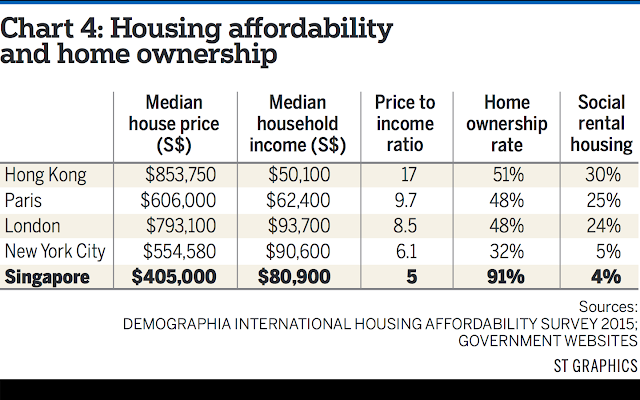 Freedoms, Liberties, Democracy - Why Everyday Singaporeans don't give a fuck about two of these.

A follow-up of sorts to this previous post on Democracy.

To be honest, I really do not want to write about Democracy. Again.

Most people don't understand it, and trying to establish common understanding of Democracy tends to make any post I write rather long.

Nor am I interested in writing a primer for Democracy. Most people won't read it or if they did they probably won't agree with some or all of it and you end up in a semantic argument over WHAT is Democracy.